Phillips realizes $ 27.6 million at the last watch auction of the year, including Paul Newman’s Daytona 6263 sold for $ 5.5 million.

This last Saturday was a special day for Phillips, the famous auction house, bringing to the auction important watches among them some related to racing, this event with the name “Racing Pulse” brought another Rolex Daytona owned by Paul Newman, this time with reference 6263, it was sold for $ 5,475,000 far away from the $ 17.8 million made with his other Rolex Daytona reference 6239 sold in 2017. 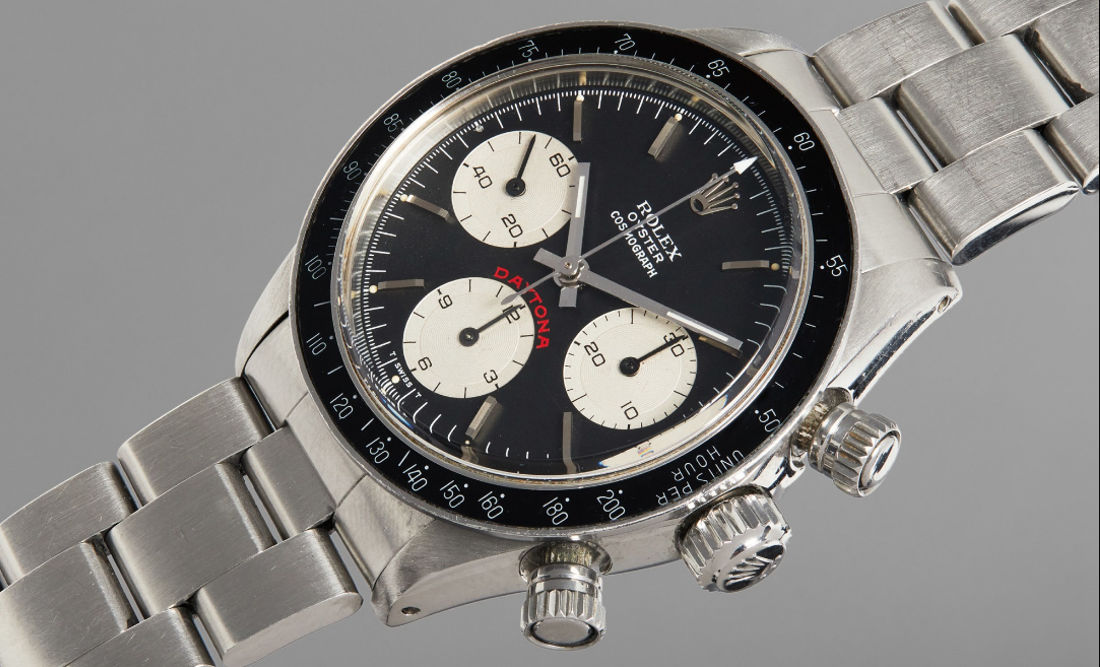 We briefly remember the story, around 1968 his wife Joanne Woodward offered him a Rolex Daytona ref. 6239 with an “exotic” dial and engraved on the case back with the inscription “DRIVE CAREFULLY ME” which was her fear after Paul Newman had a serious motorcycle accident a few years ago, later Paul Newman ended up offering that Daytona, to his daughter Nell’s boyfriend and 30 years later he was consigned to Phillips and sold for $ 17.8 million. 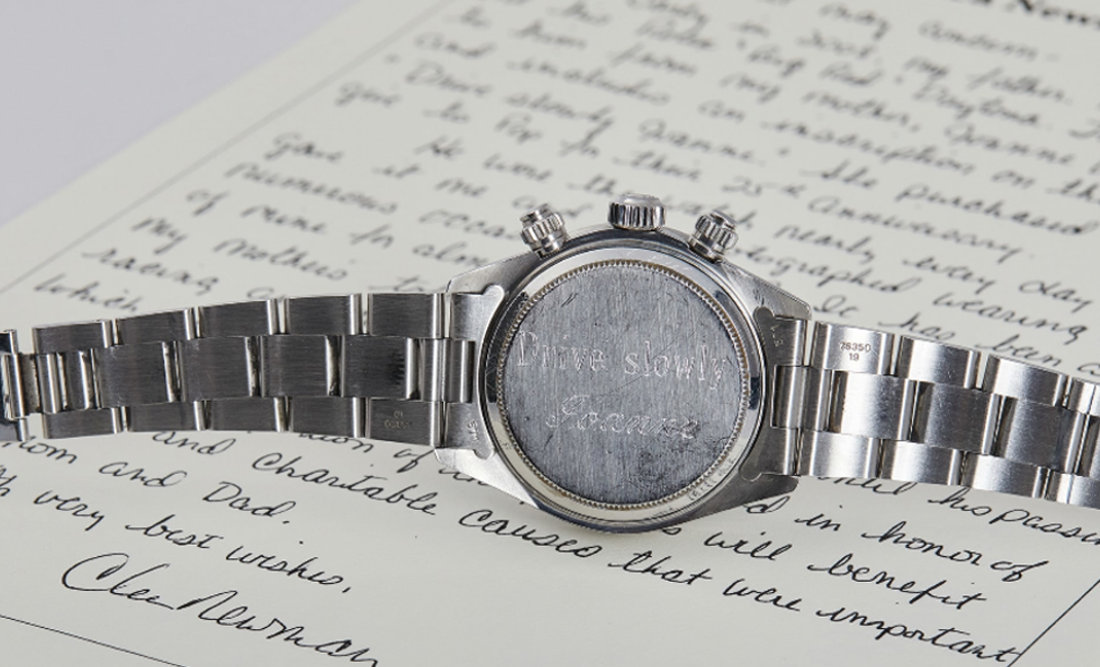 This Rolex Cosmograph Daytona ref. 6263 now sold, was also offered to Paul Newman by his wife Joanne Woodward in 1983, this one with a non-exotic dial engraved on the case back with the inscription “Drive slowly Joanne”. This latest watch now sold was the one between his two Daytona’s the most worn by Paul Newman until 2008 when he gave it to his daughter shortly before he died.

Another iconic timepiece sold was the Heuer Monaco reference 1133 and was one of six Heuer Monaco used by Steve McQueen on the “Le Mans” movie in 1970. 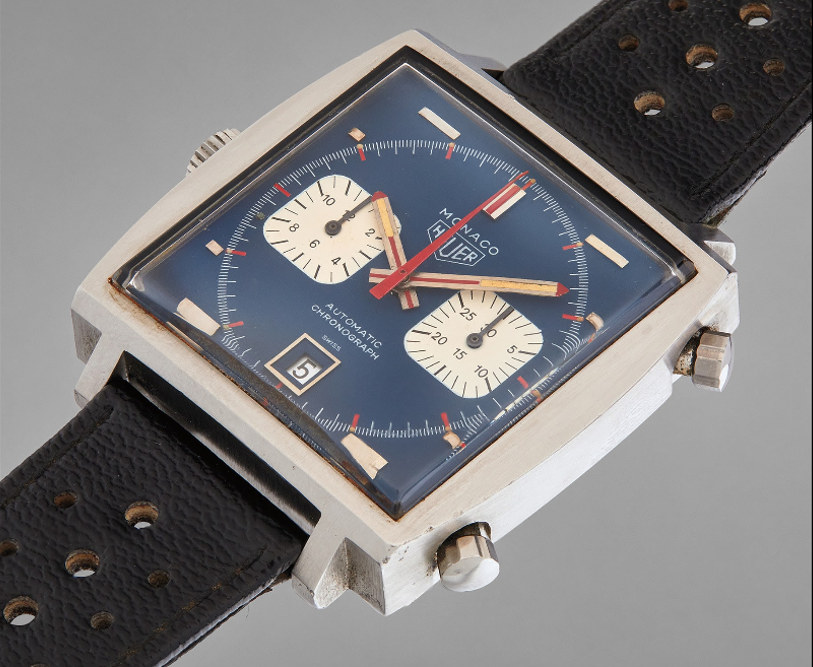 This watch now sold by Phillips for $2,208,000, was gifted by Steve McQueen to Haig Alltounian the Chief Mechanic for Le Mans and also personal Steve McQueen mechanic, as thanks for keeping everyone alive and avoiding accidents during the countless movie’s scenes. The watch was engraved in the case back with inscription “TO HAIG LE MANS 1970”. 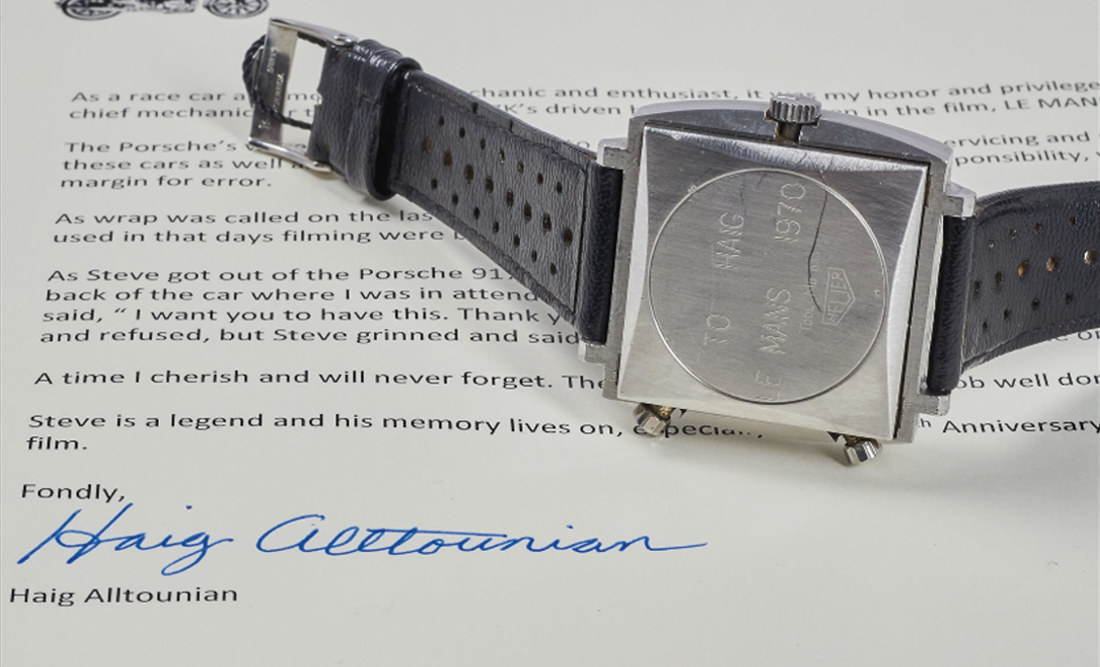 Thus, a new Heuer sales record was established, becoming the most expensive to date.

To the Phillips Auction house, the “Racing Pulse” with sales of $27,6 million, marks the end of a remarkable year.