These two new entries are part of the Prospex line through the SPB259 model and the Presage line through the SSA445 model. Both models were introduced earlier this year, the first being a reinterpretation of the 1959 Seiko Alpinist about which you want to know more you can read it here, and the second inspired by the “Style 60’s” in the skeletonized variant that features an opening aperture at 9 o’clock through which it is possible to observe the movement’s balance and a 24-hour indicator at 10 ½ o’clock, released in early May that we also had the opportunity to speak here.

The main feature that these two limited editions share is their dials that feature a texture inspired by the district cobblestone streets of Ginza, which is a district in central Tokyo where Seiko’s founder in 1881 opened the first shop that repaired and sold watches and where the company is still located today. The intricate pattern is in a blue-gray tone, that evokes the contemporary Ginga buildings of today, and that features two different sunray patterns, which are possible to observe from different angles. 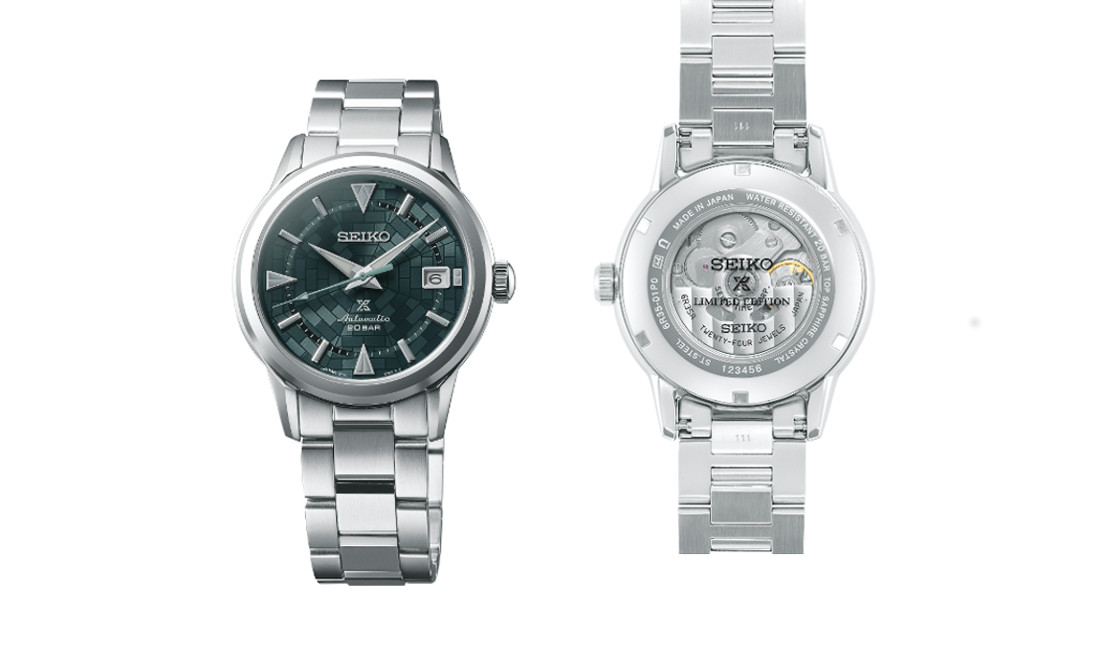 The second detail that distinguishes these two new models is the color of the second’s hand, which is a blue color with a soft green tone, a traditional Japanese color that pays homage to the history of Komparu Street, where Ginza’s nightlife was once centered. 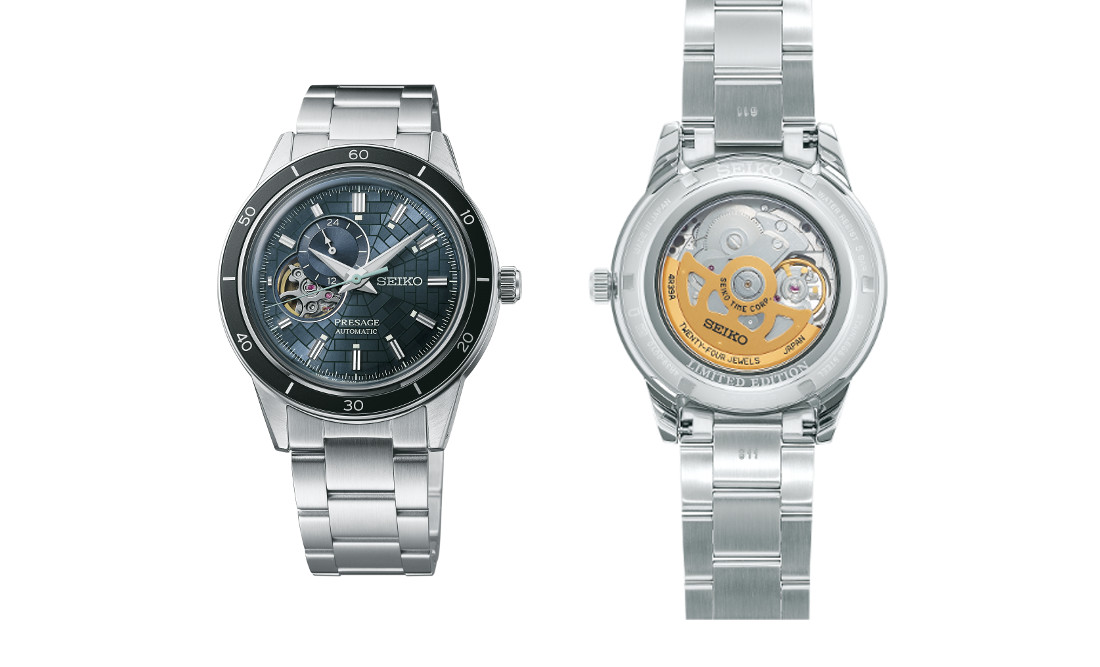 All other features of the case, dial, movement, and bracelet are the same as the models introduced earlier this year about which we had the opportunity to mention above, so if you are interested we strongly recommend that you read them.

SWATCH Presents the “Menu” of the New Valentine’s Day Collection