This year Blancpain celebrates yet another anniversary of the introduction of the first modern diver’s watch, the Fifty Fathoms, and in 2003, on the occasion of its 50th anniversary, it launched a commemorative edition in the form of three series, this year that marks the 70th anniversary once again launches a new celebratory edition along the same lines. 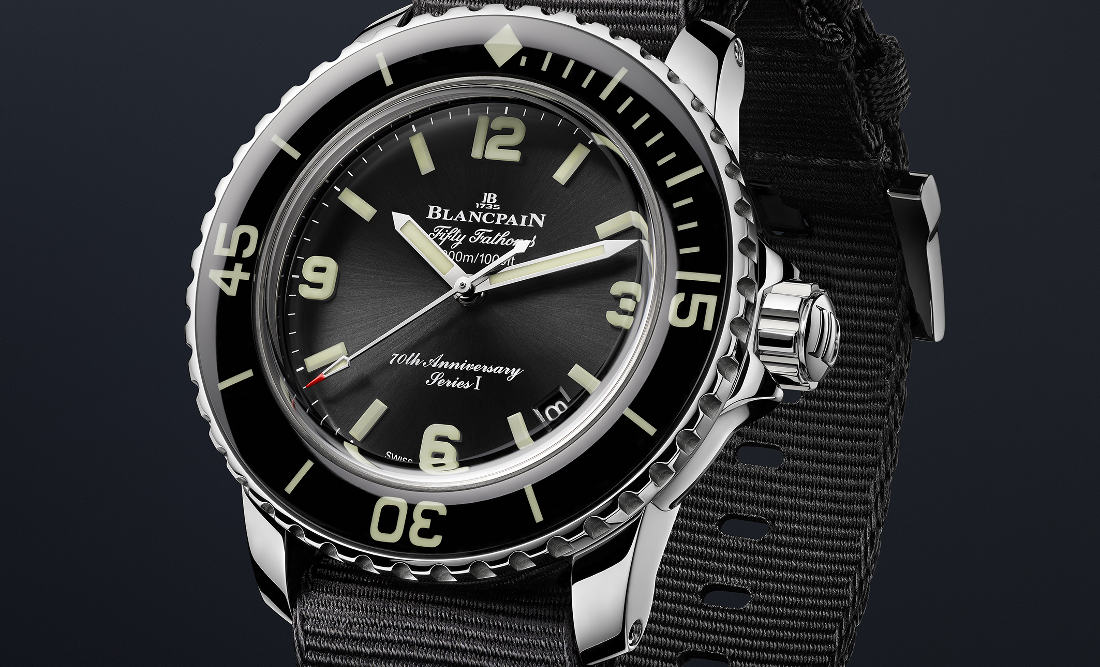 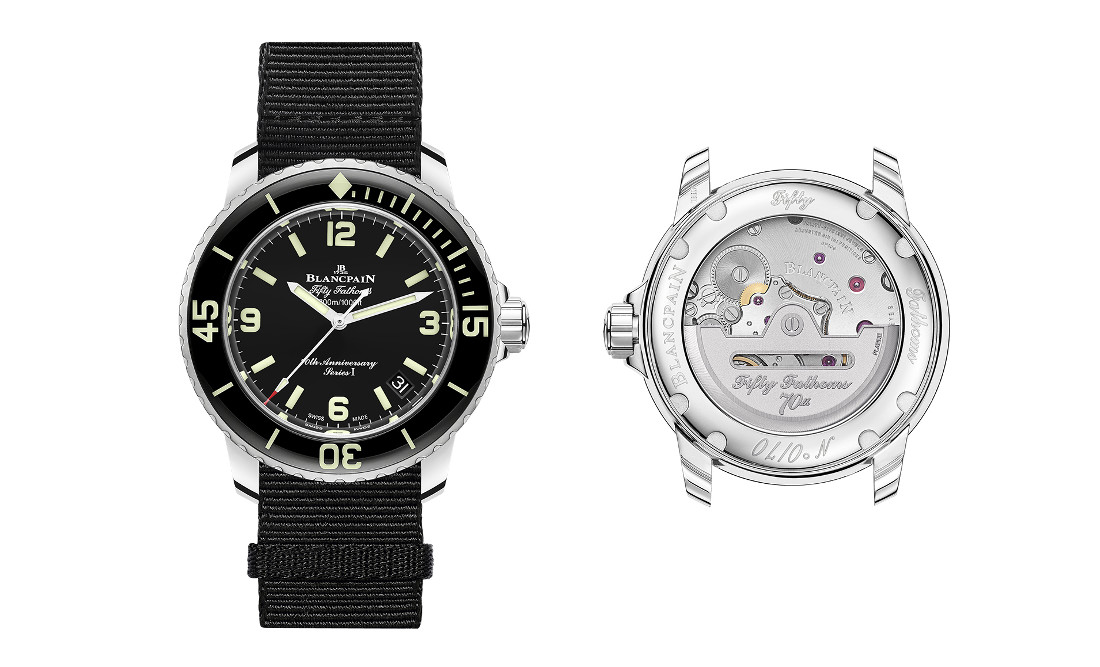 And now focusing on the new Fifty Fathoms 70th ref. 5010A/B/C-1130-NABA, it closely resembles the 50th-anniversary commemorative edition and with evident roots in the first Fifty Fathoms of 1953.

On the outside, it is presented in a stainless steel case with a diameter of 42.3mm by a thickness of 14.3mm, and a lug width of 21.5mm, which means a case 2mm wider than the previous celebratory version but with dimensions closer to the original model from 1953. 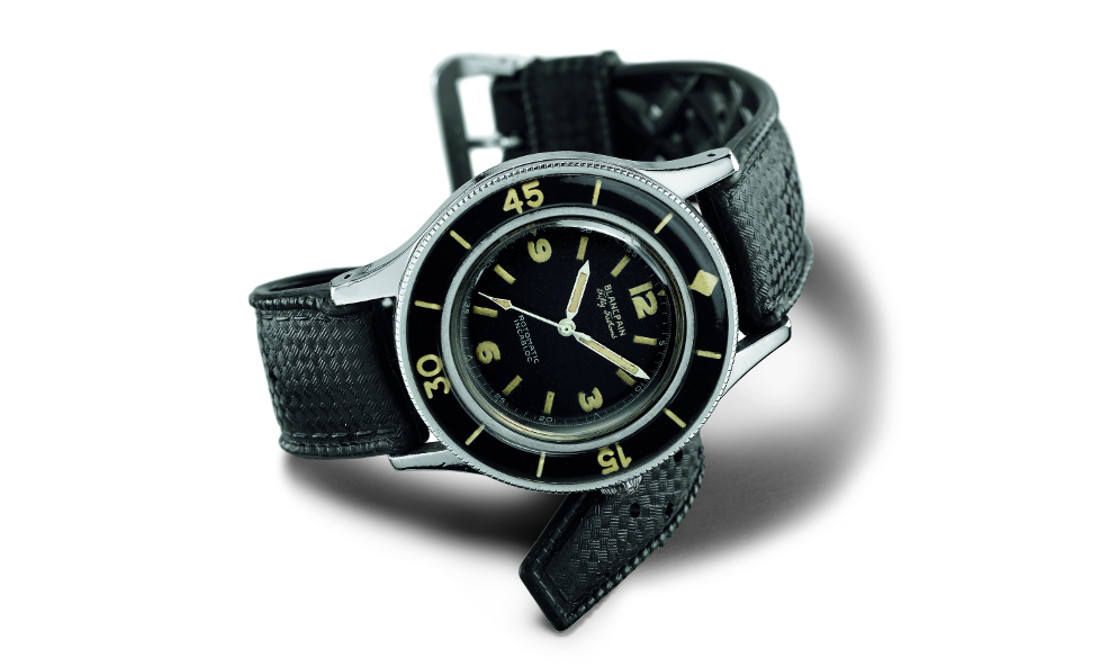 The front sapphire glass is now also included in the case-back instead of the solid steel case of previous editions. Black unidirectional sapphire bezel with the traditional Arabic numerals at the 15, 30 and 45m positions and a diamond geometric shape at 12 hours, to which he now adds individual markings in the first 15 minutes. It should also be noted that the crown at three o’clock is accompanied by crown guards, contrary to the first edition but in the mirror of what had already happened with the previous celebratory version, although in a more discreet way.

The sunburst black dial displays bold Arabic numerals and rhodium-plated pencil hands all filled with luminescent material, close to the 1953 model, which is completed with a date window at 4 1/2 o’clock introduced on the 50th-anniversary edition. 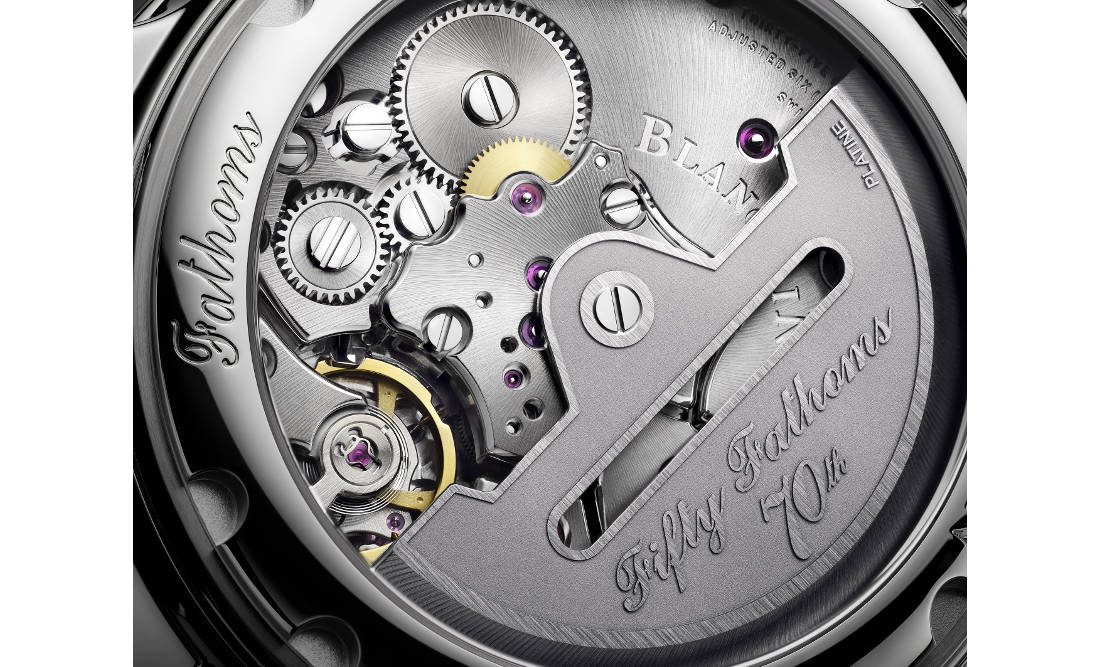 Inside it comes equipped with the automatic movement Caliber 1315 of 227-component, which operates at 28,800 Vph and offers up to 120 hours of power reserve. It can be seen operating through the open case back from which the platinum rotor is engraved with the name of the emblematic model followed by the number of its birthday and whose case is still engraved on the periphery with individual numbering.

Lastly, the watch is offered with a black NATO strap and is already available for pre-order until the end of the month.

Tissot Announces the Arrival of the Seastar 1000 Powermatic 80 GMT 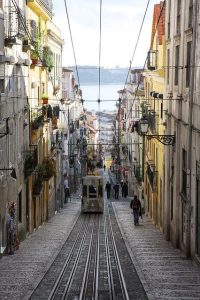 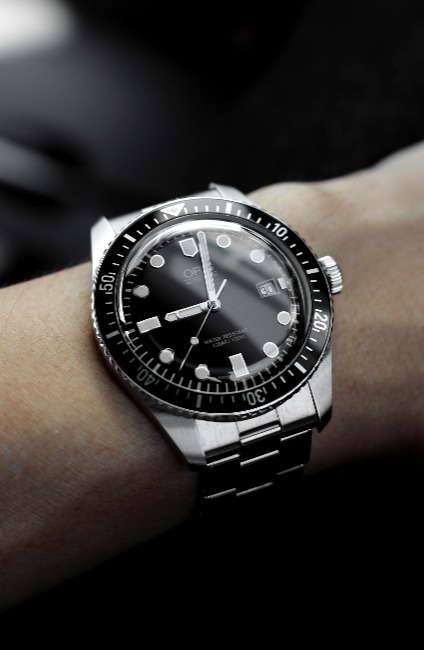